It's been kind of a rough year hasn't it? 2021 was supposed to be better than 2020, and it some ways it was, but in many ways it wasn't. Anyway... as expected, blog traffic is down another 20%+ as people move to more doom-scrolling-friendly platforms. In unexpected news, Instagram decided that I was no longer worthy of their love and has relegated me to the non-viral bin. Something happened in early June and since then it has been near impossible for me to get any of my posts seen by non-followers... in fact, many posts don't even get seen by my followers. Fun times....  but let's get to the top ten list which thankfully has a clear cut winner. 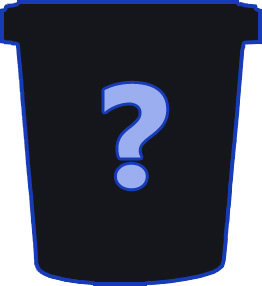 #10 needed a tie breaker, so I'm unfortunately giving this spot to the fairly terrible Klondike Kones that came out this year. They tied with two other products but the overall search interest was higher than the other two.
#9 is Magnum's only entry in the list this year. Their new red velvet tub was apparently a lot more interesting then the new mini berry truffle bars I reviewed.
#8 belongs to Ben & Jerry's Totally Unbaked. While possibly seemingly unoriginal, one could argue it's more fun than the original. I picked up two of these pints.
#7 belongs to B&J's again with Strawberry Topped Tart. It's fun and I need to pick it up again.
#6 is a non-frozen entry actually. The Colliders review sneaks in here despite me not enjoying them or picking any more of them up to try.
#5 Oh Talenti, you and your fun gelato layers. Confetti Cookie is coming in at #5. Technically I think this one was more searched than the other Talenti flavor that made the list, but while it is certainly more eye catching, I am ok with it being #5 and....
#4 One of my favorite new flavors of the year comes in at #4. Talenti's chocolate pretzel flavor was the new product that I picked up more than any other 2021 product. You know I love pretzels and I just love the way they dialed this one in.
#3 One more B&J's topped flavor coming in at #3. Granted I didn't have the urge to try all of them (either due to flavor or allergen cross-contamination).. Maybe if I had, the top ten list would look a little different. Anyway, PB Over the Top relies on the topped part to keep it interesting.... so don't drop the top part on a dirty surface like I did!
#2 sadly goes to Klondike Shakes. They aren't terrible, but for those that bought these, I can't imagine a lot of you will buy them again. I would hazard a guess this spot goes more for people wanting to learn about them and less about people going out and buying them.
and #1 is....
Dolcezza Gelato! and by a landslide no less! They absolutely crushed the competition, even doubling the numbers that #2 put up. I'm a big fan of Dolcezza's flavors and packaging, so I was super stoked to get these free samples earlier in the year. Should I email them and tell them that they had the most popular review of the year? I think I might!
Parting thoughts: I'm a little sad that Baskin-Robbins didn't make the cut. I've been enjoying their monthly sampler and it's great packaging so I'm giving them an honorable mention here.
Dumb thought: of the 9 pictures in the On Second Scoop header image, 4 made the top ten list!
So, did any of your 2021 favorites not make the list? I know what I could pick up was limited this year. I continue to work from home which means no more running to a different subset of grocery stores to pick up whatever I want (including any nut based flavors that I never buy for home use). Occasionally I venture out to a different store, but it's rare. Unfortunately this will probably continue in 2022, at least for the first part of the year.
Actually, feel free to chime in with your thoughts on 2021 in general as well. I feel like mainstream ice cream continues to be a disappointment. Budget ice cream is just sad, mainstream ice cream is the new budget ice cream, and premium ice cream is now getting closer to what mainstream ice cream used to be. I get it, it's all about money and staying profitable, but that doesn't make the changes any less saddening. There are several brands that were big to the blog in 2008 and now I don't even want to bother eating them because the quality has changed so much. For me, the first half of the year rotated around Turkey Hill's all natural lineup (the only mainstream ice cream I still enjoy) and then the second half of the year was all about running through the Haagen-Dazs line up (not sure why, but I totally prefer H-D over Ben & Jerry's right now). I still eat ice cream everyday, but my consumption is definitely down overall.
Have a happy new year everyone!
Dubba Scoops
Share