Wow oh wow, it's been over 8 years since I had Edwards on the blog? Ouch. It was back when they use to do those funky sundae cups that you would microwave the bottom half and then dump the ice cream cup on top. I wanted to say that at one point they had contacted me about maybe trying some of their newer stuff but I can't find an email to prove it (so I'm probably imagining it). Well, summer is here and I'm not really finding anything new anymore, so let's try.... 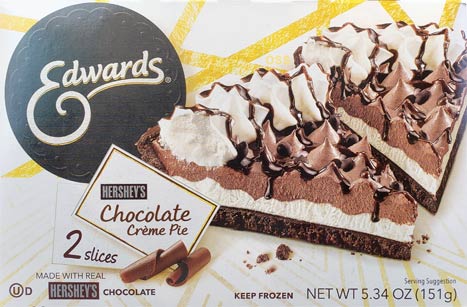 Now the main reason I let myself buy this two pack is because it said that it was ok to eat it straight from the freezer. That's a selling point for me really. For $2.48, I can rip the box open and devour one of these now and save another one for tomorrow. I can live with that. 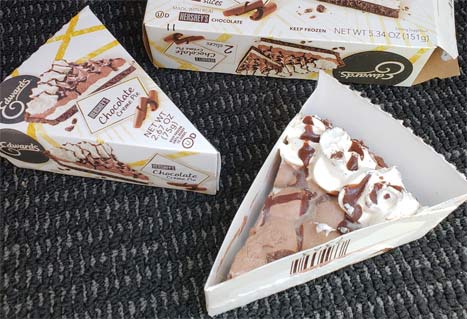 Ha, they come in individual cardboard containers and then you can pull the tabs on both sides to open it up. I'm a savage so I picked up the first one with my hand and dug in (and then used a wet wipe when I was done cause I made a mess!)

Overall, these aren't bad. I wasn't expecting a miracle (and I didn't get one), but this is a decent small snack. 2.65 ounces felt pretty light in my hand and it didn't take too many bites to make it disappear.

The biggest thing I noticed while inhaling the first one was that thick but not super dense crust. It did taste more flour-y than chocolatey, but was a decent contrast in comparison to the pie filling. The whipped cream was fine as was the filling. An overall decent flavor with nothing really standing out other than the flour note.

I should have analyzed these more on the first try but I was pretty hungry.

On Second Scoop: So I tried the first slice the day before I got sick and I don't foresee eating the other slice anytime soon while I give my insides a break. I will explain more later, but now, chalk these up to a cheap snack that's probably worth trying. 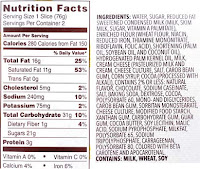